It is no longer a rumor but a fact, FarmVille players will be surely traveling down under in FarmVille Australia farm. We collected some of the early image that shows what players may expect on the new farm. As early as now, we confirmed that beside the usual regular XP that we earned when doing farm chores, in Australia we will also be earning Aussie points. As we gain Aussie points and progress our level we will be unlocking more items.

There will also be two buildable main building in FarmVille Australia, the Australian Vineyard and the Daydream Island. Now this two building will be upgraded and we may expect this to be included on future Australian farm quest.

This maybe the Mascot of FarmVille Australia, Cooper the Koala. 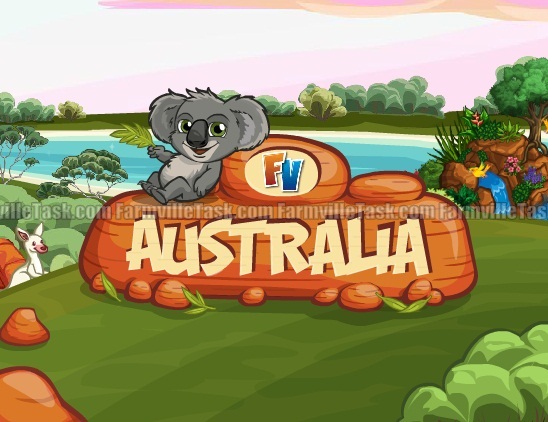 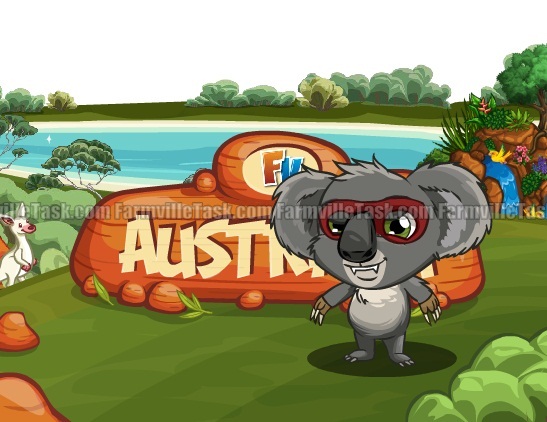 Early access banner that will show to inform Farmville game players that the new farm expansion Australia is now ready for early access for FV cash. 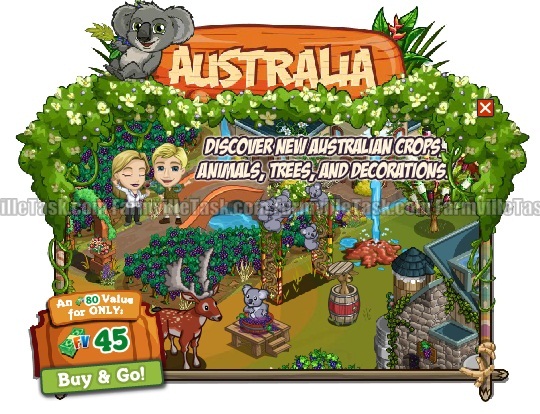 FarmVille Australia will have Aussie Points which means players will be earning this points besides the regular XP points when performing tasks in the new expansion farm. This image shows an Australia Kit Pack that will be available in the market. It contains 21 Australian Winery Parts, 21 Daydream Island Parts, 20 Treasure Parts and 400 Aussie Points (quick level). 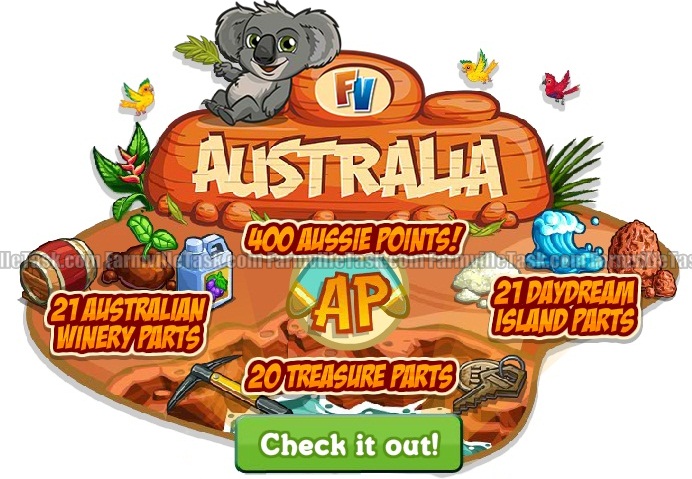 This is the FarmVille Australian Vineyard which will be one of the buildable building when the new farm expansion opens. The couple in the picture may play a role on the quests that will be performed in the Australia farm. 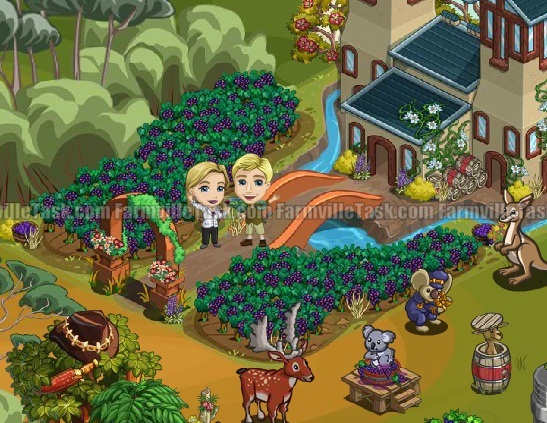 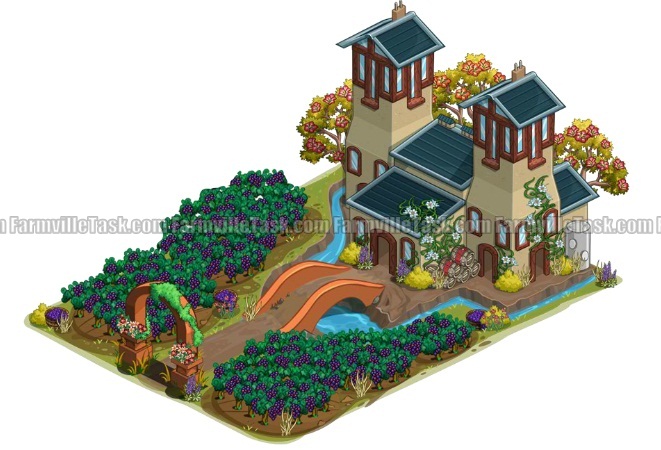 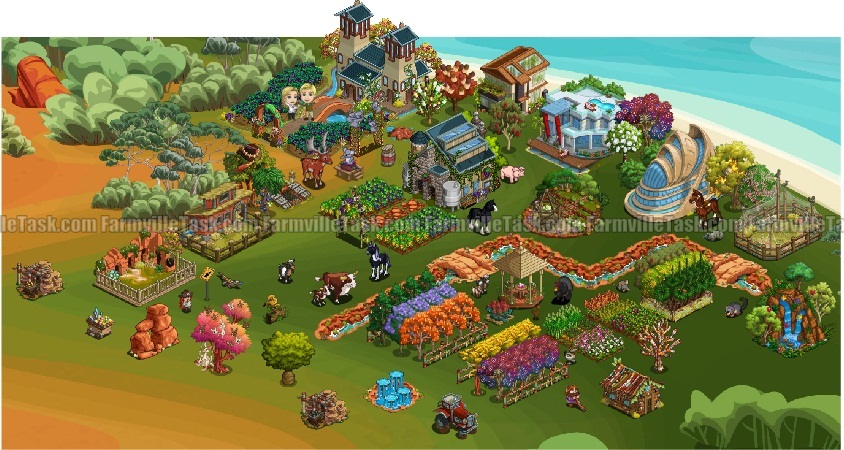 This will be the second buildable building in FarmVille Australia, the Daydream Island. 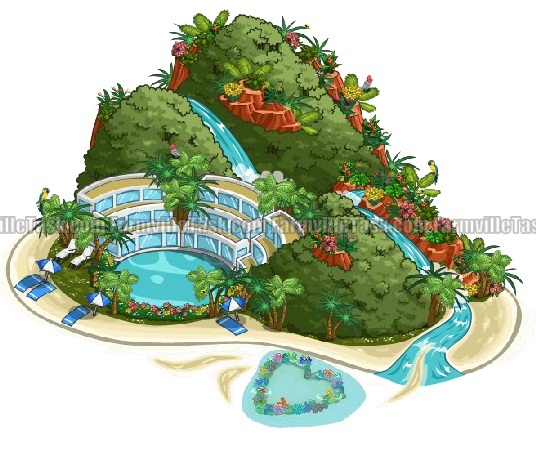 When we first saw this, one thing came to our mind “Party Yatch!” kidding aside it is rally like a party yatch and it may hold those escapade tasks. 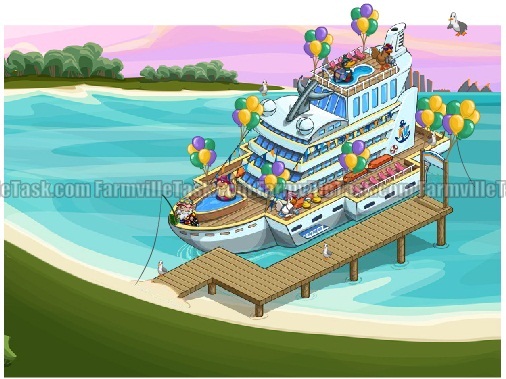 We will also be crafting wines with the new Australia Winery: 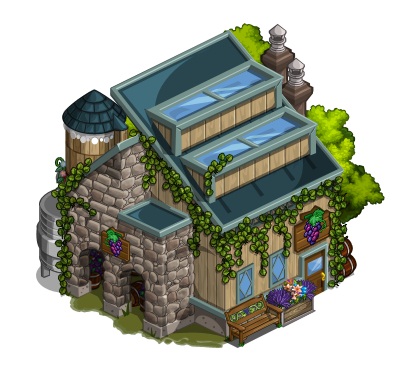 More to come as we continue to cover the soon to be open FarmVille Australia Farm.