A new animal pen has just been released by FarmVille and this time it will be for Turtles. Yup, it’s a Turtle Pen and now we can raise and breed them make custom breed line of turtles just like the Sheep Pen and Pig Pen. 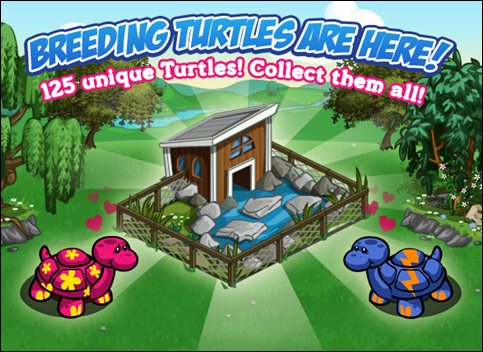 Upon entering the game a popup message will appear and you will then have the option of placing the new Turtle Pen. In case you missed it you will find it in your Gift Box or buy one from the Market. 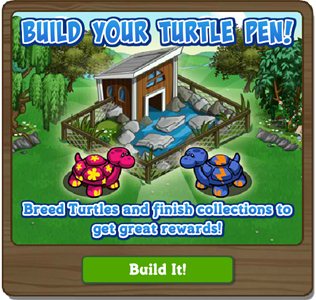 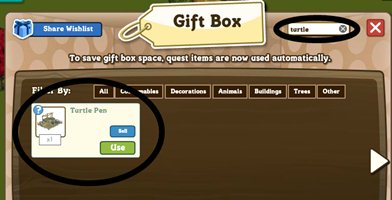 Place the Turtle Pen in your farm and then clicking on it will give you the following options: 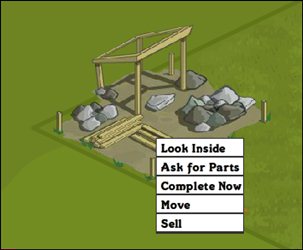 To finish, you need Java Fern, Drift Wood and Potting Soil to build your Turtle Pen. 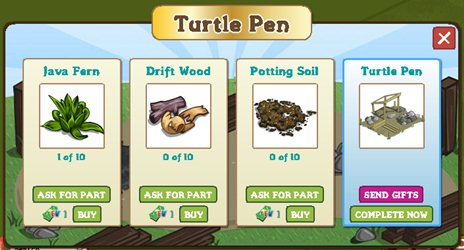 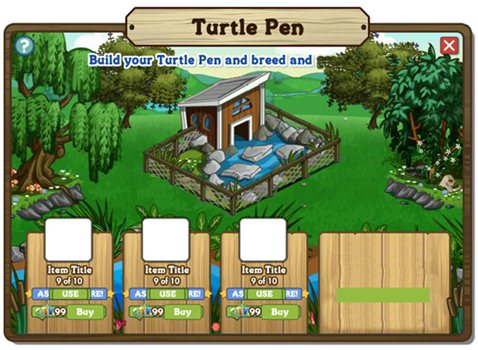 Some of the breed that the Turtle Pen may produced: