The FarmVille Boot House is the one of the major building in the FairyTale Fields farm. It will have 30 new presents ready to be given away and you will need to unlock it one of it with the use of a Key. There are several ways to get Keys in the game. One of them are by harvesting FairyTale Fields crops. Everytime you harvest a crop there’s always a chance you can get a Key. You can also craft them at the Craftshop. 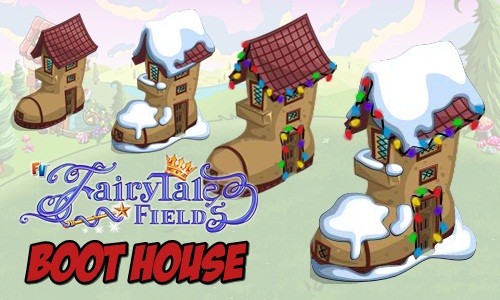 To unlock the gift box inside the Boot House you will need Keys. There are several ways to obtain Keys. When harvesting crops at the FairyTale Field there’s a chance you will get Keys.

You may also craft Keys at the Craftshop. There will be 3 types of Keys Recipe and the y are as follows: