Zynga and FarmVille has just recently slowly rolling out a new feature called the FarmVille Quest Manager. Here in this new feature that looks like a book FV players can click it anytime to view all the current quests progress plus there is all also an additional quests which players can choose to work with. For players who wants to repeat the previous quest or for players who didn’t have a chance to finish these they can always start and work with it at their own pace (no time limit) and can be repeated as many times a players want.

The list of current available previous quests can be found by clicking the book on the left side of the FarmVille game screen just along the quest icons. Players can also terminate the quest anytime they want but it will reset the progress made once terminated. Currently the Quest Manager offers 6 quests and may offer more in the coming month or year.

List of old quests that the Quest Manager currently offers:

FarmVille A Sculpture to Remember Quests

FarmVille Our Own Little Summer Quests 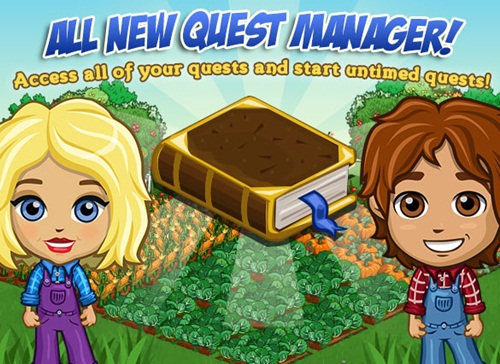 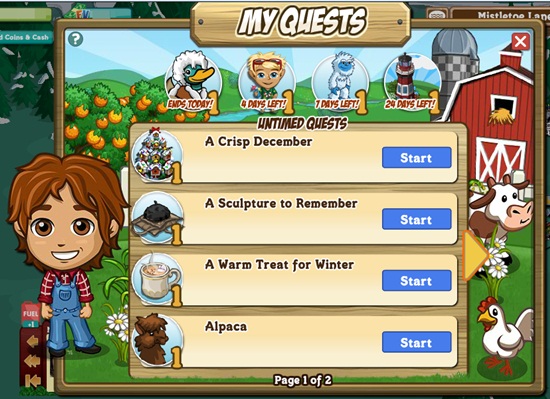 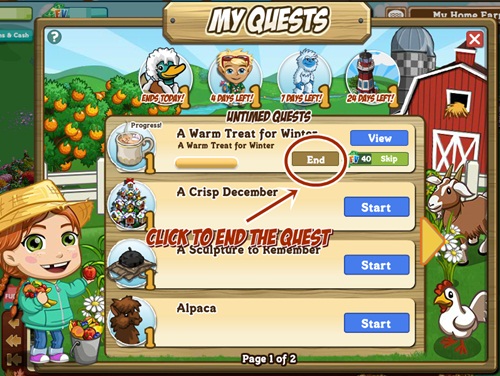