FarmVille may have a new feature ready for release this July and it will be a 4th of July theme. It will be titled the FarmVille Eagle Sam’s Treat and it will bring lots of exclusive gifts that will be given as a reward. In order to get this reward you will need to bake a Patriotic Apple Pie for Eagle Sam. We have some of the details regarding this upcoming release.

From this early image, it looks like we will need to craft Patriotic Apple Pies and give it to Eagle Sam. This will be a reminisce of the previous features where we will be crafting items in exchange for a reward. It will have a total of 24 presents that can be unlocked. 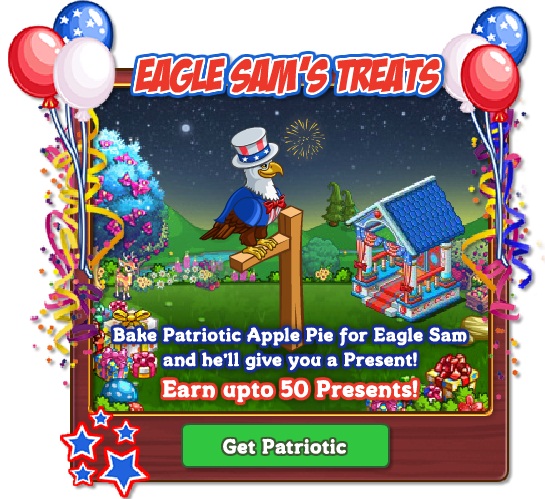 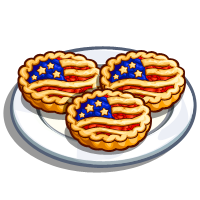 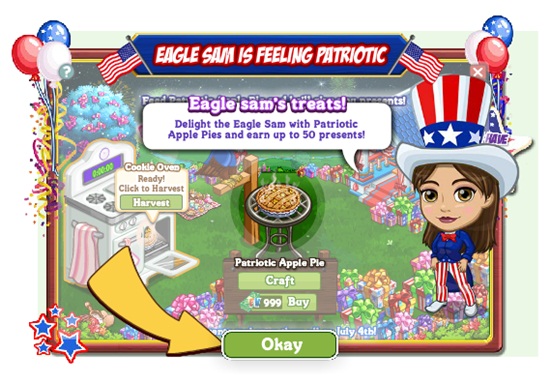