Captain Morgana is arriving in FarmVille Wandering Pirates, bringing along treasures that you can unlock. Yes, this is a new variation of a FarmVille feature where you will be collecting and crafting items which in this case Rubies and exchange it for rewards. This time there will be a twist where there’s a line up of prizes that you may exchange for certain value of Rubies. 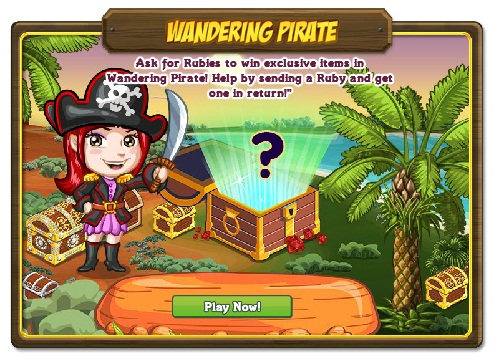 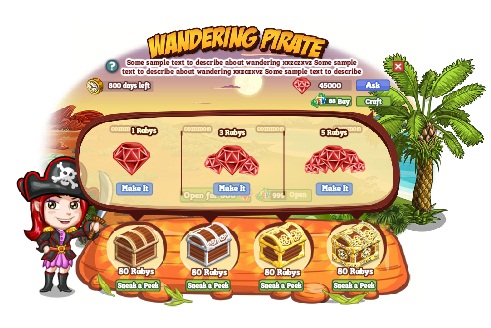 The goal of this feature is to collect Pirate Rubies as much as you can and exchange it for cool rewards.

*There are three types of Ruby, and can be crafted at the Craftshop. Each Ruby will correspond to different value or Pirate Ruby Points.

*All crops can be planted in any farm location.

Required number of Pirate Rubies to exchange for rewards: