Preview of what could be a new set of crops and recipes that maybe release in the coming days. The FarmVille Organic Crops will be a new set of crops and will be designated by a green leaf icon to differentiate it from the regular version of the crop. From the look of these images FarmVille is going green. Since this is unreleased, little yet is known if this will be planted like a regular crop or it will have it’s own building like a green house perhaps to plant these organic crops. Anyway these organic crops will also serve as an ingredients in a new set of organic recipes. These recipes will used this organic crops bushels along with the regular bushels. 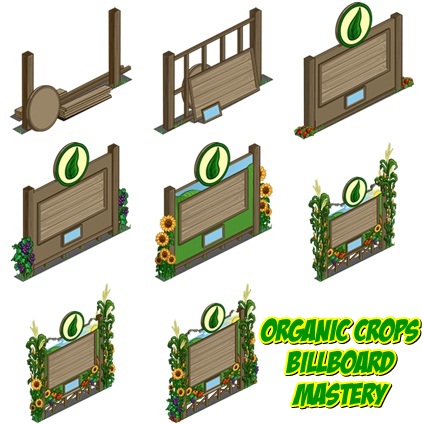