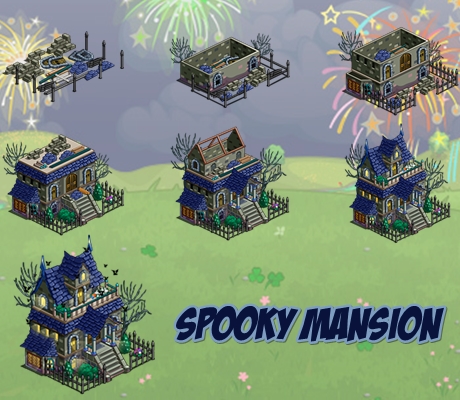 In order to build and upgrade the FarmVille Spooky Mansion, we will need the following parts:

The Ghostly Portrait an Spooky lantern are can be obtained from friends through help feeds while the Creepy Coffin are crafted at the Craftshop.

To craft a Creepy Coffin, we will need the following bushels:

On a stage by stage setting, here are the number of materials that we will need for every stage:

You can view the previous seed building released this year HERE.

You can also view all the seed building released HERE.