FarmVille is having an appreciation week. And there will be new surprises each day. Among the features are the Double Mastery Week (which we been waiting, they have one of this last December), Special Delivery Boxes (added new items), Market Sale and among others. 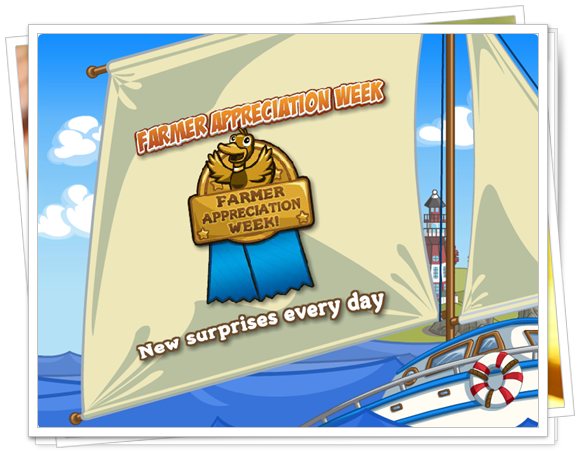 They also announce that they will be rolling out a new feature that will help you free some space in your gift box easily. I’m sure you had an experience of clearing those quest items left over. You have to click one by one to sell it. They said that there will be some changes when in comes to receiving or claiming those quest items. The items you received or claimed to complete a quest will no longer appear in your Gift Box. If the new featured will be implemented, you will received credit automatically for the items and the remaining or left over quest items will no longer appear in your Gift Box. How you can keep track of how many of these items you have if your planning to repeat a quest? They claimed that they will be the one who will keep track of the items and assured that it will be carried over to credit a repeatable quest. Also you will receive a free gift of 20,000 coins to account for any coin value those items may have. This will be a great feature if you want to clean out your Gift Boxes for finished quests items and not manually clearing it one by one. 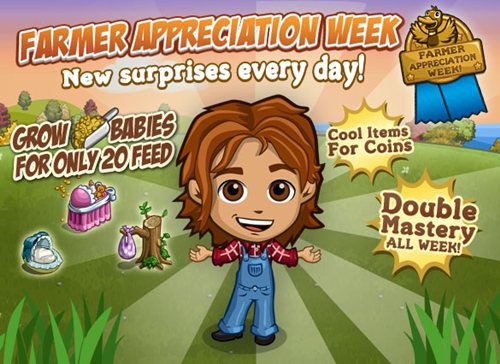 As part of the Player Appreciation Week, FarmVille will add new items in the Special Delivery Boxes. Now you will also have a chance to get the following items:

This will be very handy especially for the upcoming Big Clean Quest. So save up those Special Delivery Boxes and keep sending one to your neighbors. 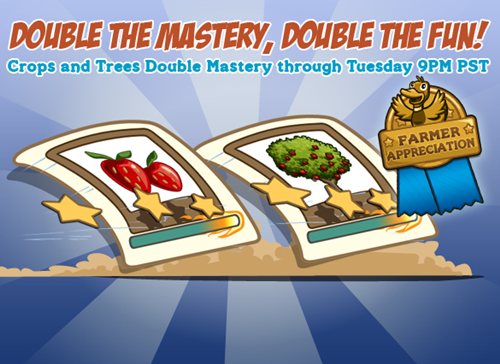 In observance of player appreciation week, FarmVille also re-released some past Limited items and sell it for a discounted coin price.

These will be available until March 23, and they are: